Politicians realize that Medicare will not be able to continue on its current track. Something has to change since the country will simply not be able to afford the inexorable growth and expenditures. But politicians do not like to take away entitlements so proposals generally are couched in vague terms and often with positions that are unrealistic. 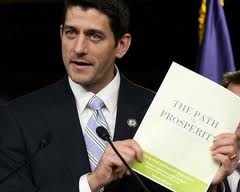 Congressman Paul Ryan, chair of the House Budget Committee and the Republication Vice-Presidential nominee in 2012, presented a proposal about two years ago embedded in the House budget proposal. It was passed in 2011 in the House with all no votes from Democrats and died in the Senate. But then, after negotiations with Senator Ron Wyden, a Democrat, they offered a joint bipartisan plan, one that few other Democrats have endorsed. The essence is to allow individuals to stay with original Medicare or select a plan from a private insurer that offers the same benefits as Medicare. It has no effect until 2023, i.e. only affecting those less than age 55 today. At that time, the age of Medicare eligibility would gradually rise over ten years from age 65 to age 67. Second, each beneficiary could choose to remain with traditional Medicare or chose a plan from a private insurer. The government would pay a set amount (“premium support”) towards either original Medicare or the private plan; the individual would have to pay any overage. The amount of premium support, according to the proposal, would be equal to the second lowest plan among the competing insurers, including Medicare, during the first year. Individuals of limited means would be able to purchase at discounted rates. The annual rate of rise of premium support would be limited to the rate of rise of the GDP plus 0.5%. This means that if expenses and hence premiums rose at a greater clip, the individual would have to shoulder the excess. In short, the Republican (or the  Wyden-Ryan) plan counts on competition in the marketplace to drive down costs. In practice, this is very similar to the way the Part D drug benefit works today. Thus Republicans point to the success of Part D to bolster their claim. The Democrats fault this plan in that if costs are not controlled, the onus falls on the enrollee, the one most vulnerable, especially in older ages, and not the insurer nor the government.

Since the Republicans also state that they would repeal or largely repeal the ACA, then the added benefits to Medicare enrollees found in the ACA such as the annual health and wellness review and the preventive care/screening at no cost would presumably be repealed along with the IPAB and the enhanced reimbursement to PCPs. Presumably although silent on the issue, the Republican plan would also be to cut physician reimbursement by the formula driven 27% (or whatever amount is calculated in the future) of the SGR although, again, it is is very unlikely that either Republicans or Democrats will ever allow this to  happen. 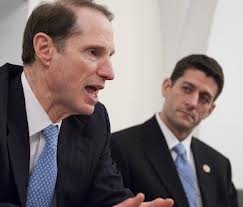 The end result of the Republican’s plan (or Ryan-Wyden bipartisan plan) would be to cut the rate of growth of Medicare to about 3.5%, the same as the Democrats’ plan but using a much different methodology.

Two approaches, two very different methodologies, each attempting to achieve some slowing of the rate of rise of Medicare cost escalation. Both have pros and cons. Some thought that after the 2012 election, the parties would come together and develop a widely bipartisan plan endorsed by many on each side of the aisle but that has not happened nor has there even been reasoned attempts at bipartisan compromise – too bad because it is surely needed. Our elected representatives should come together to find a path forward rather than bicker and look for “points” to score against each other. That is not governing nor is it what they were elected to do.

The next post will describe how Medicare could improve primary care quality and reduce costs beginning immediately.